As we head south we stop to have a look at the small town of Stanhope, which once had a railway station and a hub for near by pastoralist. Now Fonterra has a factory that makes cheese here. 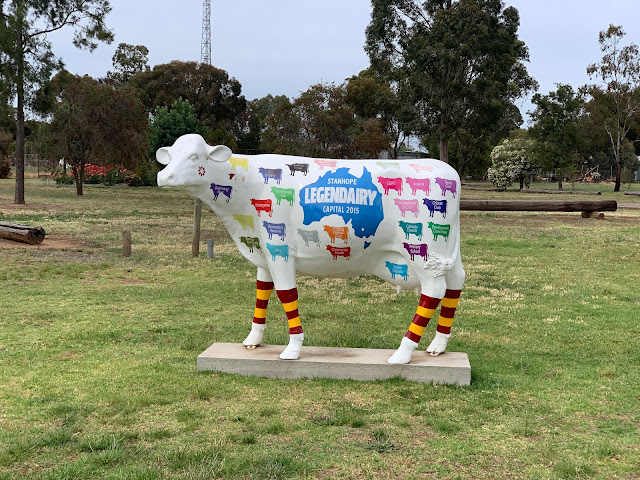 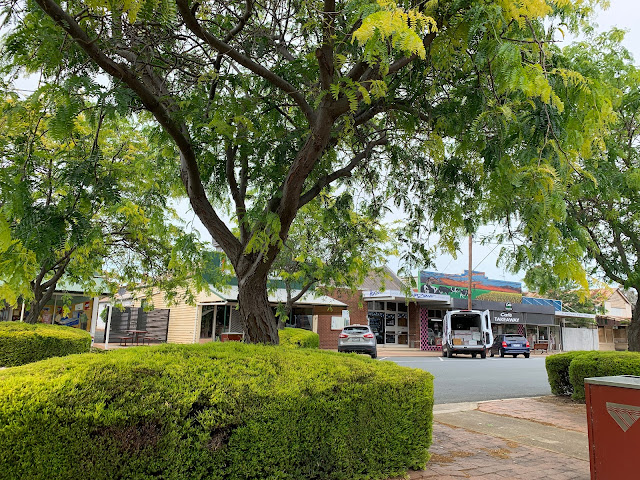 Further south we stopped for breakfast and walked up the lookout tower above Rushworth. 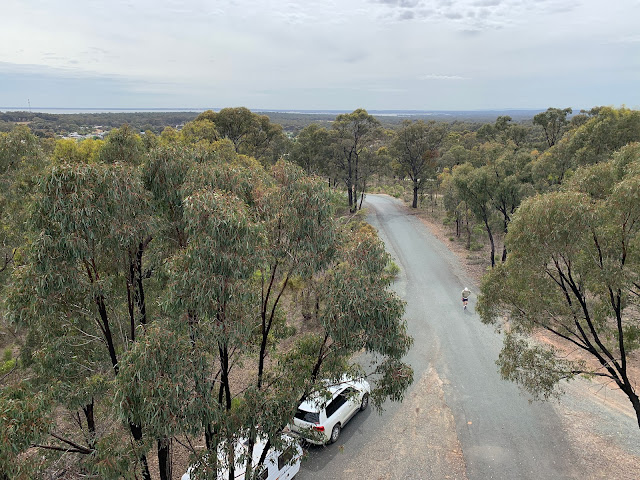 We went out to look at Waranga Basin and then came back to town. 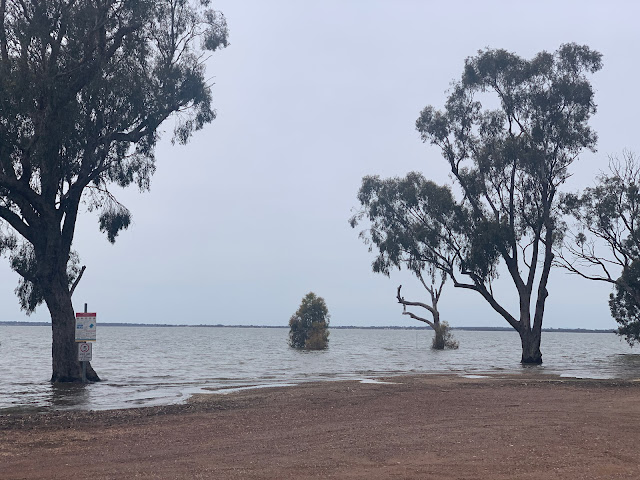 We were surprised at the substantial buildings that still remained due to the gold rush era that flanked the very wide main street. 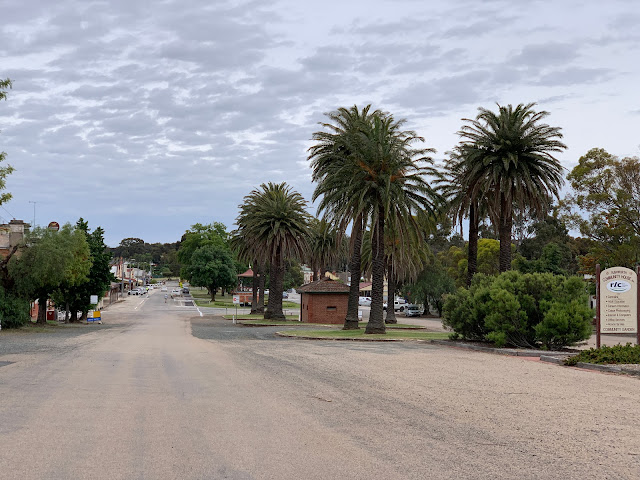 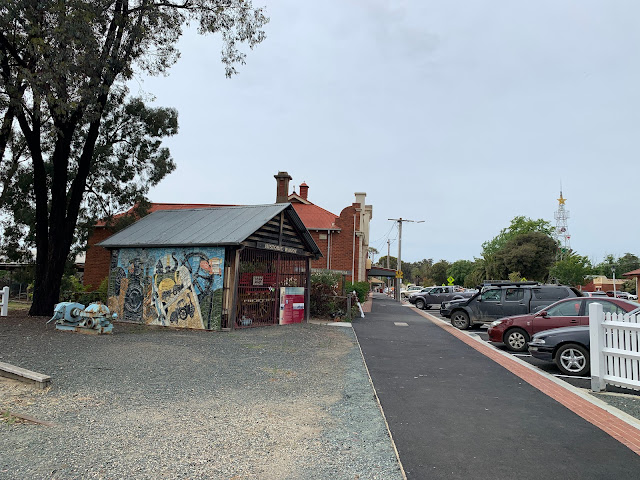 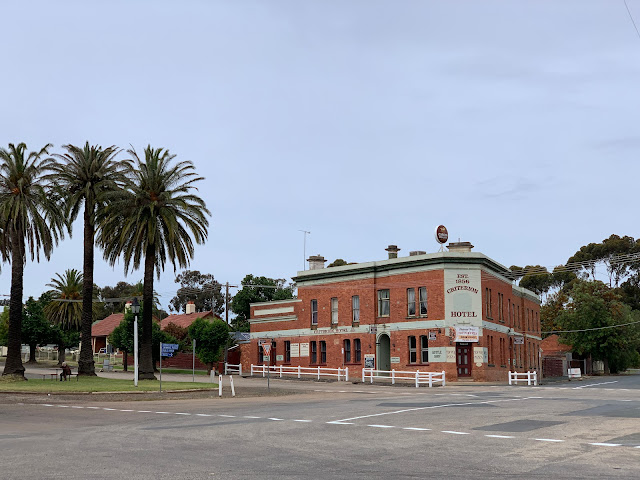 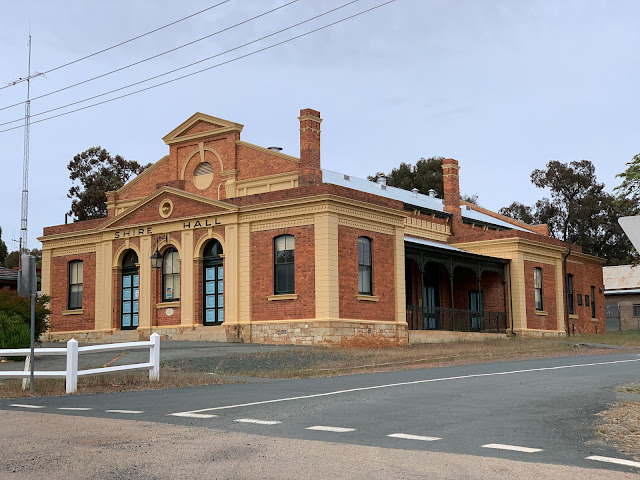 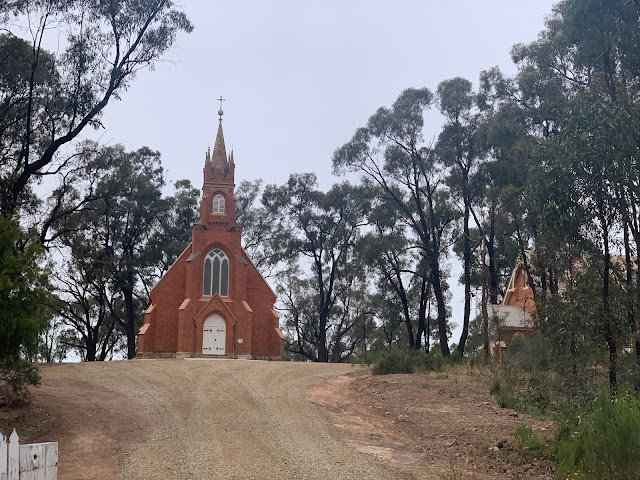 In the nearby forest there used to be the Whroo township and plenty of evidence of the goldmines that once was. Near Nagambi we stopped to have a look at the historic Kirwans Bridge (we had to do a uturn due to its height and weight limitations). 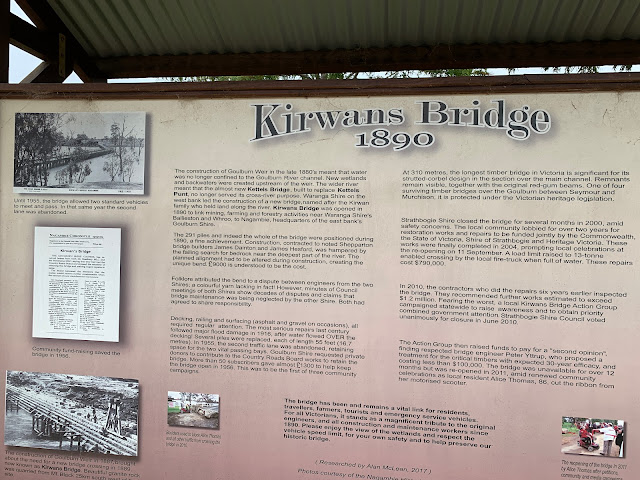 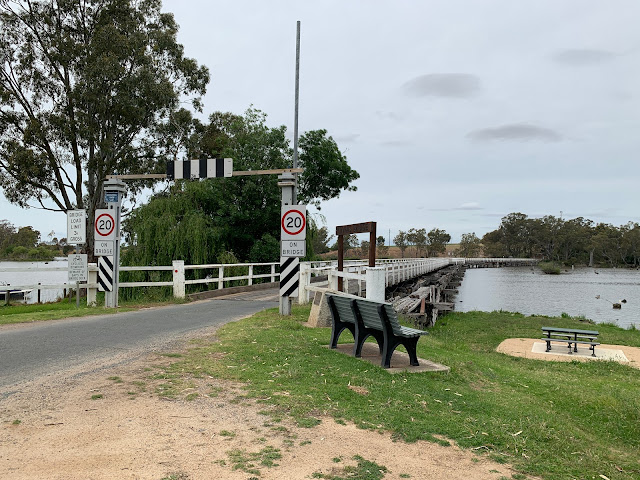 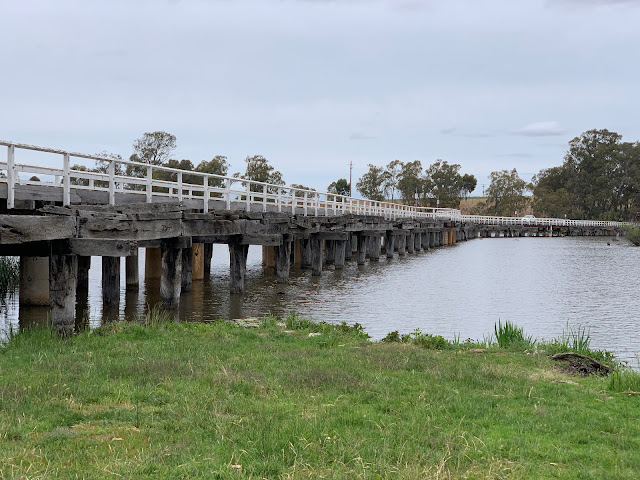 another old bridge in the area ... 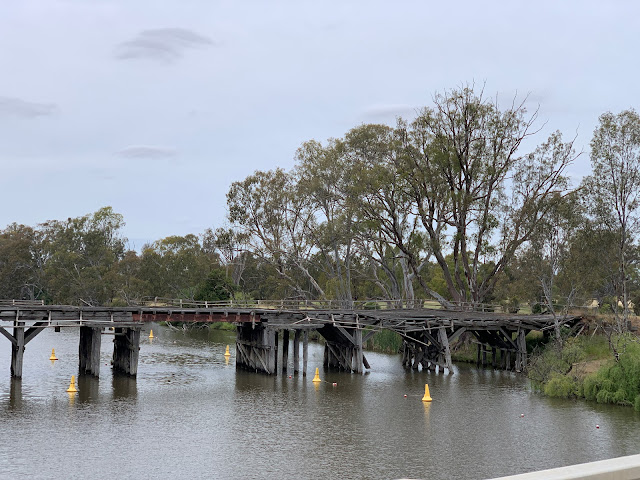 The town of Nagambi is quite large servicing holiday makers and visitors to the lake, horse studs and wineries that scatter the area. 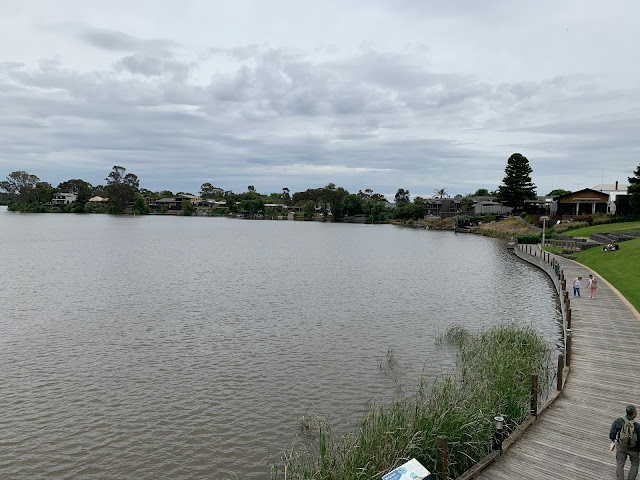 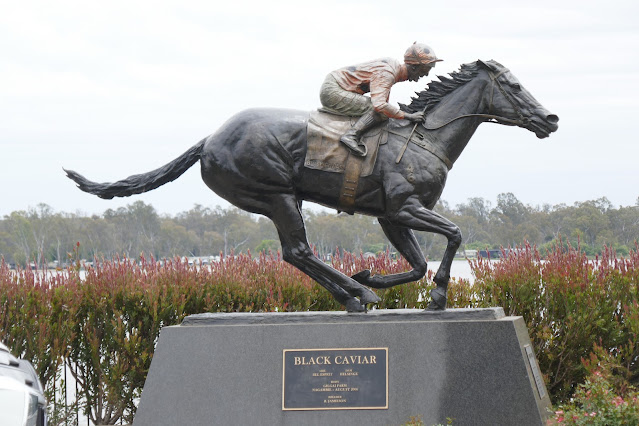 Just south from here we camped on the Major River, near Mitchellstown, which also backed onto the Army training site. We heard the occasional shot and a load explosion but all all calmed down by nightfall. 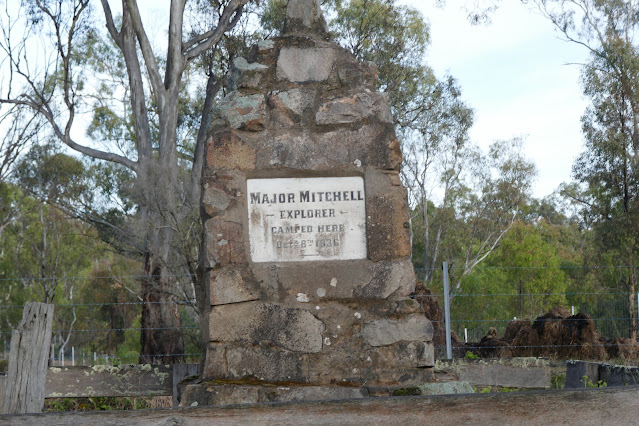 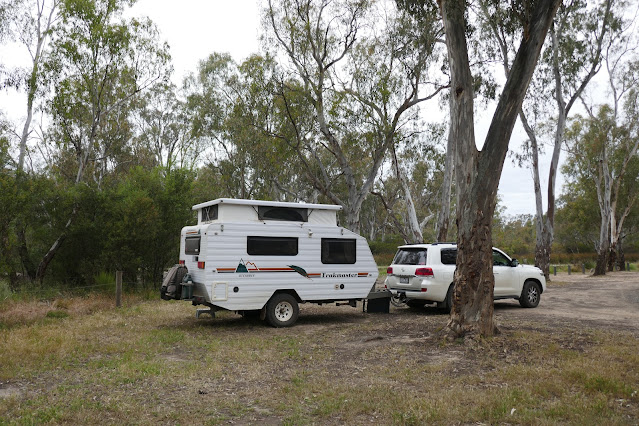 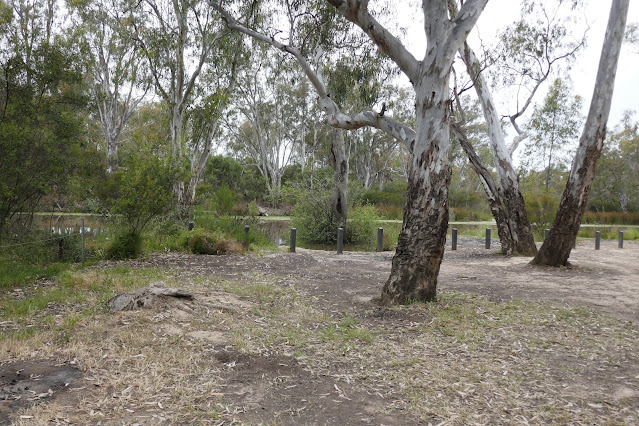 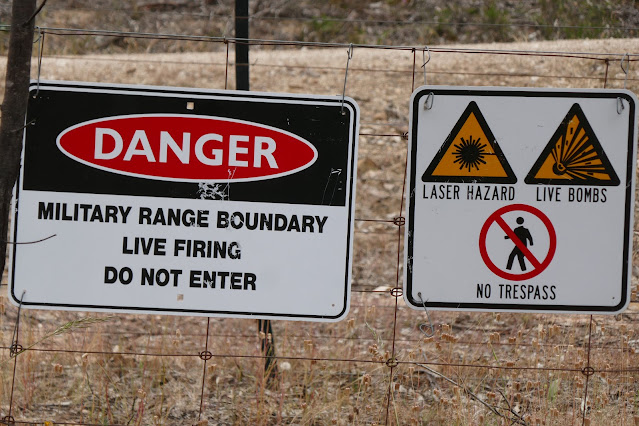 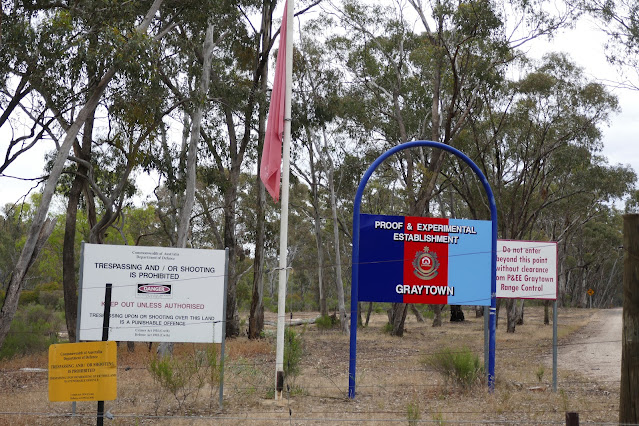 On the way home the following morning we stopped in Seymour to have a look at the Vietnam War Memorial. 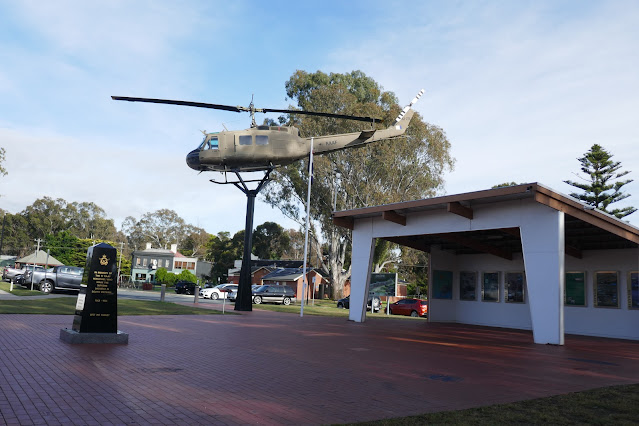 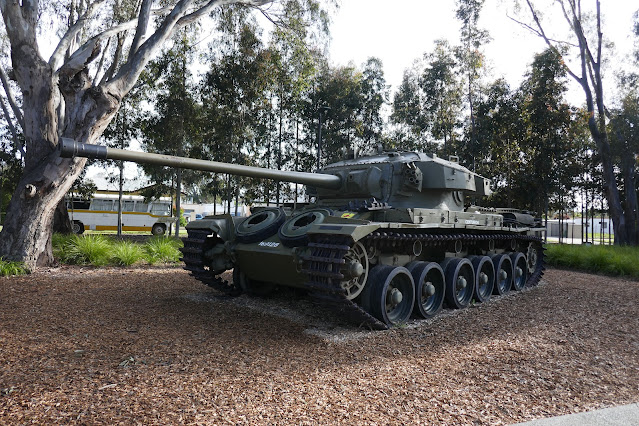 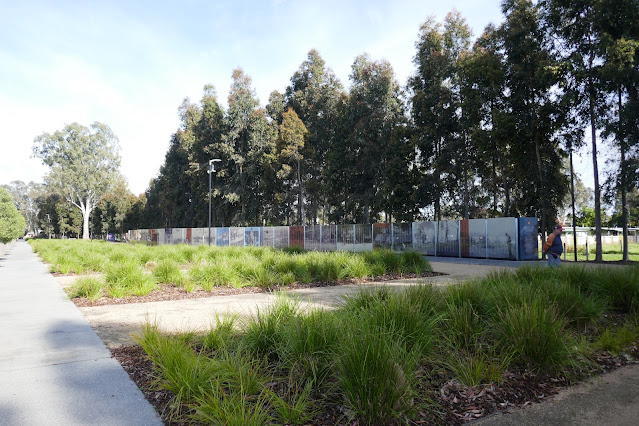 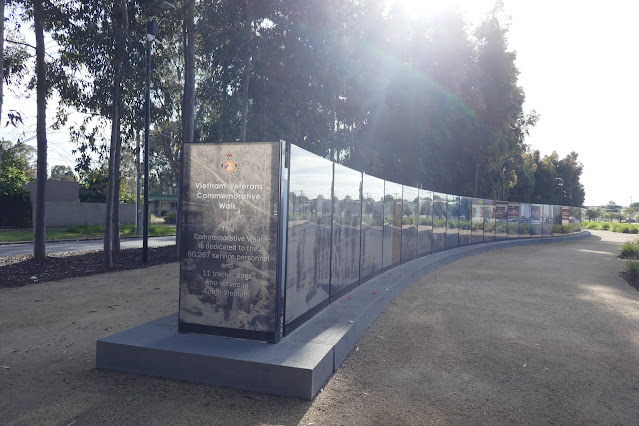 Email ThisBlogThis!Share to TwitterShare to FacebookShare to Pinterest
Labels: Australia
No comments: